Padma Bhushan Sri Mannathu Padmanabhan (1878-1970) is the peerless leader of the Nair Community, the immortal founder of the Nair Service Society (NSS) and a great social reformer. He took the initiative to unite the members of the Nair community, inspired and gave them a dream; a dream of liberation from poverty, misery and ignorance. In his own unique way, with his persistence, tireless efforts, vision and farsightedness, the NSS opened an array of educational institutions, hospitals and other socially beneficial institutions all over the state for people from all sectors. His inspiration and guidance will always be with us.

Padma Bhushan Sri. Mannathu Padmanabhan was a great phelanthropist who dedicated his life to the upliftment of the society and Nair community. He was born in Perunna, on 02 January 1878 AD, which is a small town in Kerala, India.Sri. Eswaran Namboodiri of Nilavana Illam was his father and his mother was, Chiramuttathu Parvathy Amma. He started his career as a teacher in 1893 in a Government Primary School [Kanjirapally Govt. School].At the age of 16. In 1905, he started practising law in the Magistrates Courts and soon became a leading member of the Bar.In 1914 “Nair Bhruthya Janasangham” was formed to organise and bring social upliftment of Nair community. In 1915 he gave up a lucrative practice and became its full-time secretary. In 1924 he took part in the Vaikkom [30-03-1924] and Guruvayoor temple-entry campaigns and lead the famous “Savarna Jadha” , an anti-untouchability agitation in 01-10-1924.

In 30-07-1925, Nair Service Society was registered under the Indian Company act and on 1st of November 1929 he lead the famous “Guruvayoor Sathyagraham”. In 15-05-1932, Mannam married “Thottakkattu Madhavi Amma”, who was the daughter of Diwan Peshkar of Cochin and was the first lady member of the Cochin legislative council. Thottakkattu Madhavi Amma, was the daughter of the Diwan Peshkar (Chief Minister) of Kingdom of Cochin and her mother was the famous Malayalam poetress Thottakkattu Ikkavamma. Madhavi Amma herself a writer of many books, wrote famous malayalam books like “Thathvachinda” etc. Mannathu Padmanabhan’s first wife Mechettu Kalyani Amma, whom he married in 1901, had expired in 1912. In 11-02-1950 he renamed himself as “Padmanabhan” removing the sir name, stating that cast should not be a dividing factor among the human beings . He was  awarded the “Padmabhushan” in 26-01-1966, by the Government of India.

Mannam became a member of the Indian National Congress in 1947 and took part in the Travancore State Congress agitation against Sir C.P Ramaswamy Iyers administration in Travancore.He became a member of the Travancore Legislative Assembly in 1949. During all these years the Nair Service Society had his constant attention and selfless service. It had now grown into a powerful organisation with a vast membership, substantial finances and various welfare activities. Padmanabhan wrote many articles, an autobiography, and a travel book, Our Trip to the Federal Malay States [FMS]. His style was virile, forthright and very effective. He also set up colleges, schools, hospitals and industrial units. In appreciation of his valuable services the President of India awarded him the title “Bharata Kesari”. 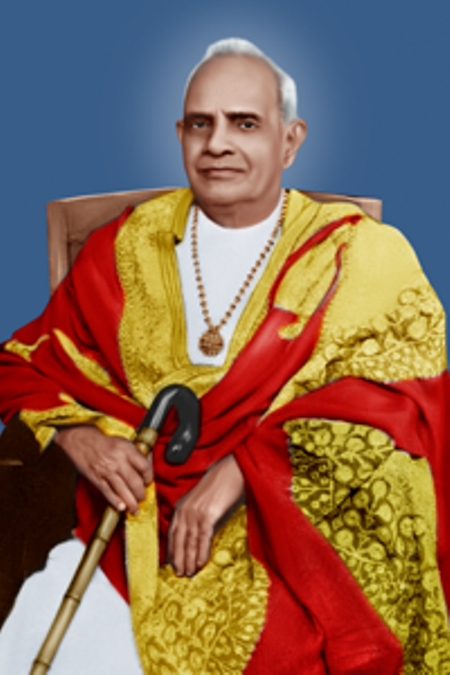